Limitations of latest version Nuxt in 2021

After updating to Nuxt 2.14.12, I encountered 3 problems, making the developing process a little difficult for me.

In order to try out Nuxt module content, I updated Nuxt to latest version 2.14.12, but later I found out later that I could have used content without updating Nuxt.

I changed all template files inside pages/ folder from my self-built api to using content module, optimized some nested callbacks to more clean and simplified formats.

Now the content module can parse not only .md files, but also .txt, .csv and .yml files, way more powerful than my own api.

Although content module is very powerful, the latest Nuxt became less powerful than it was before. Here are 3 problems that I found:

Web application frameworks cannot be done within one night, I understand this. But the problems that did not exist in old version appear in the new one, I cannot say that I don't feel a little frustrated.

I really hope Nuxt can be more and more powerful, empowering amateur programmers like me along the way.

Lates Nuxt version v2.15.2 has used right paths to store payloads for paths that contains non-English characters, but somehow those pages still cannot read payload properly, the data in those pages are empty.

I have rolled back my website to use Nuxt v2.12.2 but kept the Nuxt content module, and specified all dynamic routes in generate again, the crawler feature in new version is no use to me. Now my website is back to normal.

I really cannot upgrade Nuxt from now on. 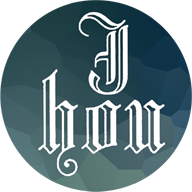 I made a Chinese/ English Breadcrumbs component for my Nuxt website, the key point is to use a preset mapping rule. Also I learned about the communication between sibling components, it's worth my time.